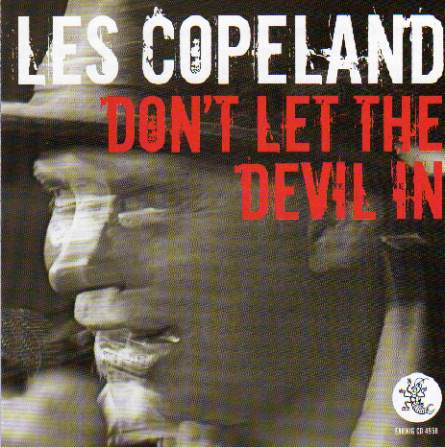 Don’t Let The Devil In

Delta Blues legend David “Honeyboy Edwards” and his manager, Earwig CEO Michael Frank, recognized early on Les’ability to play—on a very high level—acoustic and electric blues, jazz, folk and Americana from many eras, as well as original tunes and an eclectic mix of covers. In 2010, Earwig released Les’ first album, Don’t Let The Devil In. Now comes Les Copeland’s second album, To Be In Your Company, with the title cut being Les’s tribute to Honeyboy, his teacher, guru, working partner and traveling companion of 15 years. The remaining songs showcase Les’ talent as a fine, quirky songwriter, who offers here “songs about people I’ve known or know. Some of these people I love very much, some not so much. I write these songs with a mixture of humor and sarcasm.”